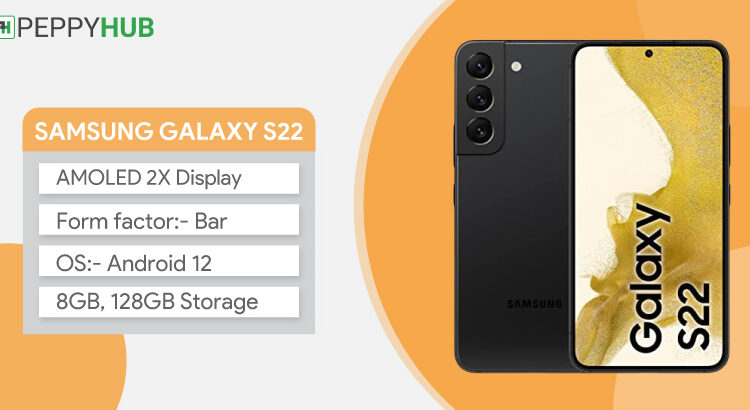 Samsung’s flagship ‘S’ series is one of the most popular premium phones available. The smartphone giant includes all of the most recent technological advancements in the ‘S’ series, such as the latest chip, best cameras, brightest display, and so on. The Galaxy S21 Ultra, which came out earlier this year, is at the top of our list of the best smartphones on the market. This is because the entire bundle it provides will appeal to a large percentage of typical clients. In their respective price categories, the Galaxy S21 and Galaxy S21 Plus, the younger siblings, were also attractive choices. As we get closer to 2022, there are more leaks and hypotheses regarding the next Galaxy S22 series. These leaks, as usual, provide us a glimpse of what to anticipate from Samsung’s forthcoming flagships. Here’s everything we know so far about the Galaxy S22, as well as our personal wishlist for what we’d want to see on the next flagship in 2022. Let’s know more about the Samsung Galaxy S22 price, specification, and, launch date.

Samsung is usually one of the first companies to announce its flagship smartphones at the start of the year. The Galaxy S21 series was introduced last year in the latter week of January 2021, with pre-orders beginning shortly after. Samsung was expected to make an official announcement about the Galaxy S22 series in the second part of January or early February 2022. Samsung has confirmed that the Galaxy S22 series will launch in February of this year, however, the exact date has yet to be announced. This aligns with FrontPageTech’s Jon Prosser’s story that Samsung would have an Unpacked event on February 8, 2022, to unveil the Galaxy S22 range. Pre-orders for the phone will begin on the same day, with availability beginning on February 18th.

We haven’t found any information on the price of the phones of the Galaxy S22 series yet, but we anticipate Samsung will keep the same prices as the Galaxy S21 series. This indicates that the regular Galaxy S22 might cost $799, with the Galaxy S22 Plus costing $999 and the Galaxy S22 Ultra costing $1,199. Please keep in mind that these are merely estimated costs based on the phone’s current leaks. Expect costs to rise if Samsung decides to add a slew of new features and enhance numerous elements of the devices. Samsung Galaxy S22 price is much more affordable than the other models.

We’re anticipating three new Galaxy S22 smartphones – Galaxy S22, Galaxy S22 Plus, and Galaxy S22 Ultra — much as Samsung has done for the previous few years. The Galaxy S22 would be the entry-level device with the lowest price tag. With a smaller, lower-resolution display, a plastic back, weaker cameras, and a lesser battery, the Galaxy S21 was effectively a toned-down version of the Ultra. The Galaxy S21 Plus increased the display and battery size, although it was still not as large as the Ultra. The Galaxy S21 Ultra was a top-of-the-line phone that could do it all and had the greatest specifications and features.

We anticipate that the Galaxy S22 series will follow the same structure. The regular Galaxy S22 will include a flagship SoC as well, albeit with a lower footprint. The S22 Plus might have a slightly bigger display and better cameras than the S22. If you want cutting-edge technology on your phone, the Galaxy S22 Ultra is the phone to purchase. It’s the phone with the greatest display, the largest battery, and the most flexible set of cameras in the S22 series, not to mention S Pen compatibility and other capabilities on that front.

Let’s take a look at the Samsung Galaxy S22 specifications and Galaxy S22 Plus to begin. The designs of both phones have been revealed, and they seem quite similar to the Galaxy S21 and S21 Plus. The camera hump, as well as the chassis, appear to be identical to those seen on the S21 series. The Galaxy S22 will be the smallest phone in the lineup, measuring 146 x 70.5 x 7.6mm.

The S22 series will be Samsung’s flagship line for 2022, so anticipate the phones to be equipped with cutting-edge processors. The Snapdragon 8 Gen 1 is Qualcomm’s next flagship CPU, and it is likely to be used in phones sold in the United States. Instead of the Exynos version that we’ve seen for years, the Qualcomm version of the S22 will be available in India this year. The Exynos 2200 SoC, which will be released alongside the Galaxy S22, is expected to be accessible in additional parts of the world, including the United Kingdom and the European Union.

Initially, there were reports that the Galaxy S22 series will launch internationally with the Snapdragon 8 Gen 1 processor, but given the global chip scarcity and the estimated volume of the series, this appears exceedingly doubtful. However, other rumors suggest that the Snapdragon CPU would be used instead of the Exynos in India, one of Samsung’s most important markets. The Exynos 2200 CPU, according to sources, will provide much-needed GPU enhancements.

Other Features: Super Fast Charging, Or Maybe Not?

Samsung usually out charges the competition when it comes to charging speed, but the S21 range last year only had a peak charging speed of 25 watts. In fact, the S21 Ultra takes longer to charge than the S20 Ultra (probably to improve long-term battery health).

However, we have no idea how quickly the S22-series smartphones will charge. According to some rumors, Samsung is testing 65-watt Fast Charging, while others claim the company is sticking to the basics.

The most solid leak we’ve seen is from Ice Universe, which claims that the S22 Ultra would charge at 45 watts, the same as the S20 Ultra did over two years ago. If this story is true, Samsung will most likely remain with 25-watt charging in the S22 and S22+ to differentiate its devices.

We expect Samsung to announce the Galaxy S22 range in January or February 2022, but we can only conjecture until the firm announces a date. It’s important to remember this while reading any leaks or rumors: they’re practically hard to verify.

Regardless, we’ll continue to update this post when fresh information about the Galaxy S22 range becomes available. Keep up with the newest Galaxy S22 leaks and speculations by bookmarking this page or signing up for our free newsletter.

Printify Review: Is it the Best Print on Demand Company?